In my clinic last week I saw yet another patient who had been referred with complications that arose from cosmetic surgery performed in Eastern Europe. We are seeing an ever-increasing number of patients who have gone abroad for surgery, on cost grounds, only to end up with significant problems. The cosmetic clinics abroad are the only real winners – they take the payment and the patients are often not their problem once they have left the country.
At the end of the day, all surgery carries risk, whether it is performed abroad or in the UK. However safety must come first, and having robust post-operative safety protocols in place should be mandatory after major surgery. Sending someone back home on a plane 10-days after significant surgery when a complication is clearly developing cannot be right in anyone’s eyes!

In my practice, I explain to my patients that the reason I don’t want them to fly for around 4-weeks after surgery is not because there may be a risk of flying per se, but it’s because I cannot be there to help them immediately if they are concerned that a problem is developing. I want to be able to see them straight away if need be.

This particular patient, Sarah, was in her 30s, had lost a few stone in weight, and, quite reasonably, wanted to have a tummy tuck. She was a smoker and had a budget. She would save around £2000 by going abroad for the tummy tuck, which is of course a significant amount of money. She underwent the surgery, despite not being instructed to stop smoking for 2-3 months pre-operatively by her surgeon (significant safety concern #1). Around a week after the operation she started to leak fluid from her belly button (safety concern #2). Despite this she was “reassured” and allowed to fly back to the UK (safety concern #3).

Needless to say things went from bad to worse. An infection developed, more fluid built up, and Sarah ended up spending a week in hospital on antibiotics and having more fluid drained off. Things seemed to be starting to heal after several months, however, the story does not end there.

Sarah subsequently decided that things had not turned out as they should have done, from a cosmetic point of view, so…you guessed it…she flew back to the clinic for a further revision procedure. The surgeons at the clinic re-opened her abdomen, washed out residual fluid collections and dead fat, and re-stitched the wound. They then sent her back to the UK only a week later (safety concern #4).

Incidentally, the cumulative cost of this whole process, as well as the loss of earnings incurred over this now, 4-month period meant that the cost to Sarah has significantly superseded any financial saving she was going to make by going abroad for surgery.

Two weeks after that she ended up seeing me in my outpatient clinic as yet more fluid had built up which as starting to cause problems. This was in my NHS clinic, not my private practice. We have a duty of care as doctors, and therefore, despite the cosmetic/private nature of this patient’s journey, the NHS end up picking up the pieces.

Sarah was still smoking – the plastic surgeons abroad had still not explained the crucial importance of stopping (with respect to wound healing problems and battling infection) – so the first thing was to educate her about this. I drained further fluid from her abdomen in the clinic and arranged for an ultrasound scan, with a plan to see her again soon and make a decision about whether I need to take her back to the operating theatre myself.

I ended up seeing Sarah over several consecutive weeks, draining fluid off and treating flare ups of her wound. Eventually she seems like she has healed and now time is needed for the scar to soften and settle. Her abdomen does not look great – she has lost her belly button and she has copious irregularities. She also has residual laxity to her skin, so the original operation did not appear to be performed to the best standards.

Reading this, it may seem a “no-brainer” that going abroad for cosmetic surgery (cosmetic tourism) is a bad idea. However, with advertising about the huge cost savings that can be made flooding the media, an attitude of “it won’t happen to me” overrides common sense and rational thinking for many people.

I hope that by highlighting this particular case (and I regularly see similar cases) it will draw attention to those who read it of what the top 3 priorities should be when considering elective cosmetic surgery: safety, safety and safety!

It has been a very busy Christmas season in the practice with no signs of things slowing down! I think people have been taking the…

Breast Implant Illness – what we know, and what we don’t know

What is Breast Implant Illness? A small proportion of women who have breast implants (for both aesthetic and reconstructive purposes) self-identify as having a number…

How to choose the right breast implant for you

There has been a lot in the press recently about Macrolane, a hyaluronic acid filler that has been used as an alternative to small volume… 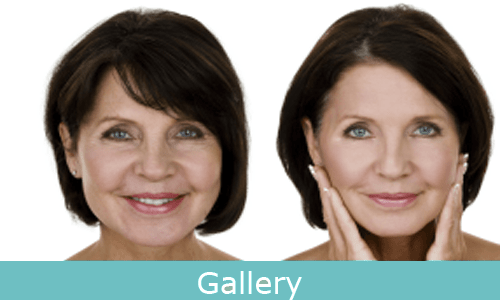